BT POWERTRAK - HOW IT WORKS?

The BT Powertrak system is a patented BT invention dating back to 1986. The concept has now been improved upon through the introduction of another patented solution, which ensures that the load remains the same regardless of drive wheel wear. BT Powertrak is used to maintain optimum drive wheel pressure against the floor irrespective of the load and mast weight. The centre spring and the hydraulic piston form the core of the BT Powertrak system. In this new solution, the previous problem of decreasing pressure on the drive wheel as the wheel wore out and the resulting risk of the wheel slipping has been eliminated. The system now ensures a continued firm grip throughout the service life of the wheel. The new system has been tested for the better part of a year and has proved to be very promising. Some of the benefits of optimum drive wheel pressure: 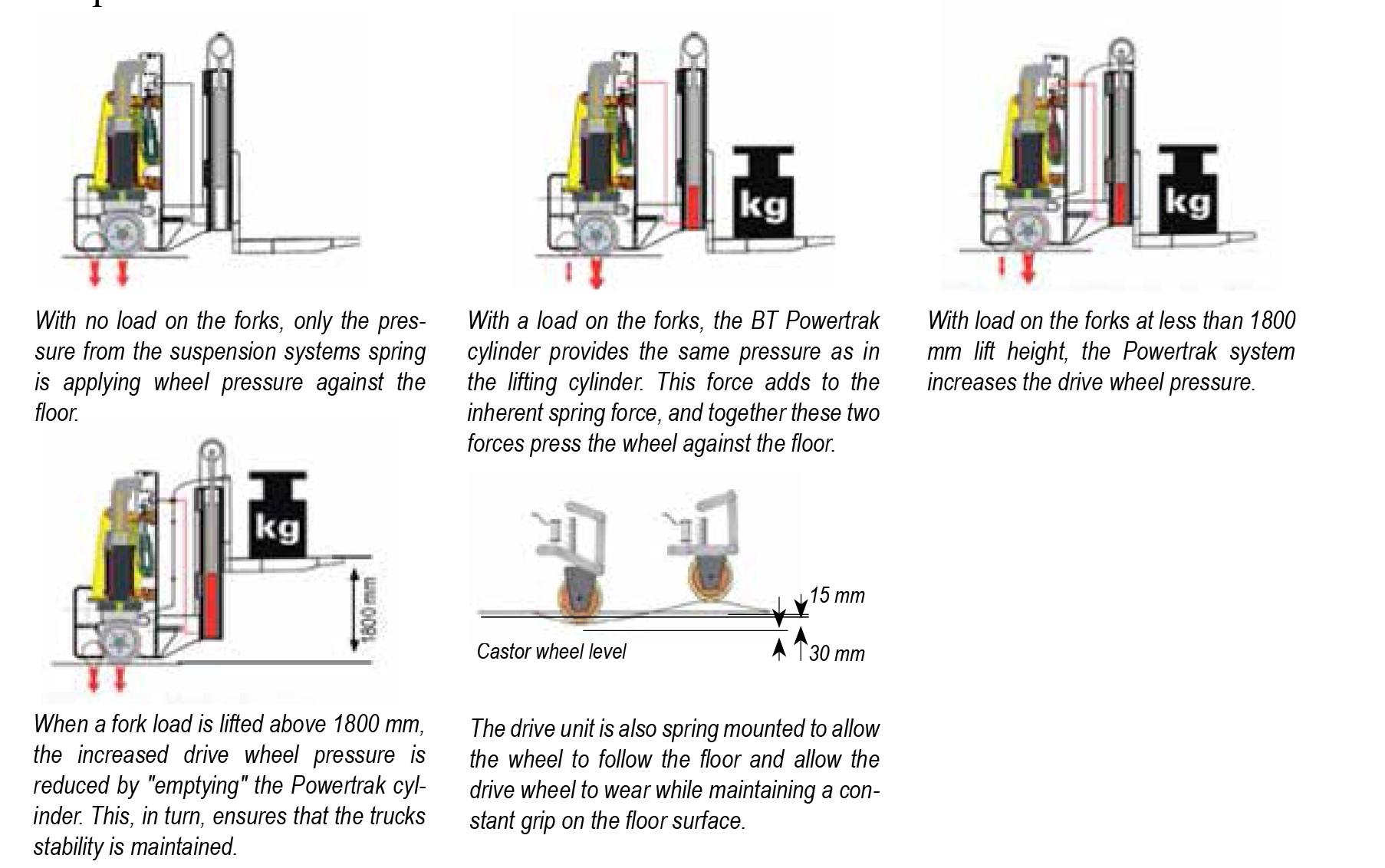